At Mayfield Toyota, we are proud to be a part of a manufacturer that pays so much attention to clean, sustainable energy, and spends so much time trying to reduce emissions for a better tomorrow. With 7 models in their hybrid lineup, Toyota has the most hybrids of any automaker in the market. In addition to having won the most ecoENERGY awards, in recognition of Toyota producing Canada’s most fuel-efficient vehicles, Toyota has sold more than 10,000,000 hybrids in 80 countries worldwide since 1997. Toyota is truly a pioneer in the hybrid and hydrogen cell technology vehicle market, and a current leader, focusing on better fuel efficiency and cleaner emissions, without sacrificing power or driveability. Read on to find out more about Toyota’s hybrid engines, while we also dispel some myths or misunderstandings you may have about hybrid technology.

Toyota’s Hybrid Synergy Drive system operates in 3 modes: electric, gas, or a combination of the two. A sophisticated energy management system, in addition to a power-split device, constantly monitors driving conditions and user feedback to manage power flow. When driving a Toyota hybrid, you are a push button start away from instant torque thanks to its electric motor. When accelerating, the gas engine kicks in and works with the electric motor to provide the correct amount of mechanical and electrical power for smooth driving. The electric motor also kicks in when you take the foot off the accelerator or use the brake. Any excess energy from either of these processes are effectively recycled by the engine to charge the battery for later use. This is similar to the regenerative braking system found in Toyota hybrids — when you use the brakes the vehicle takes the energy from the brakes and applies it to recharging the vehicle’s battery. The vehicle also turns itself off when it comes to a complete stop, saving battery power. Toyota’s hybrid powertrain is up to 70% cleaner than most gas and diesel engines, producing less emissions and saving you money thanks to its incredible fuel efficiency.

It’s a myth that vehicles with hybrid and hydrogen cell technology requires more maintenance — in fact there are less parts that need regular maintenance, since there is no starter, alternator, or belts, and the fact that the gas engine isn’t always operating means less wear and tear. 99% of the Toyota hybrid vehicles sold since 2000 are still on their original battery, a battery built to last the life of the vehicle and backed by an 8-year, 160,000 km warranty. In addition to the fact that charging an electric vehicle usually costs up to 1/8th of what it costs to fill up a gas engine alone, Toyota hybrids provide exceptional fuel savings and give off about a third of the emissions of comparable diesel engine vehicles.

Not only does Toyota have an impressive track record with hybrids, they’re leading the way in fuel cell innovation. Fuel cell hybrids produce electricity thanks to a reaction between hydrogen and oxygen, emitting water as its sole byproduct, making it the most environmentally friendly engine choice available. Toyota has spent over twenty years studying and testing this concept, and the first fuel cell production sedan, the Toyota Mirai, is slowly making its way to dealerships in markets around the world. Just another instance of Toyota leading the way in hybrid and environmentally friendly vehicles.

Toyota chairman Takeshi Uchiyamada has said that Toyota has “the same principles since our founding… Toyota’s DNA,” in regards to their work with hybrid and hydrogen cell technology, and eco-friendly vehicles. The Prius was only the beginning — Toyota hopes to make gas vehicles a thing of the past and reduce their emissions by 90% by the year 2050.

To find out more about Toyota and their mission of reduced emissions and clean energy sources, come visit Mayfield Toyota and speak to our friendly sales staff. 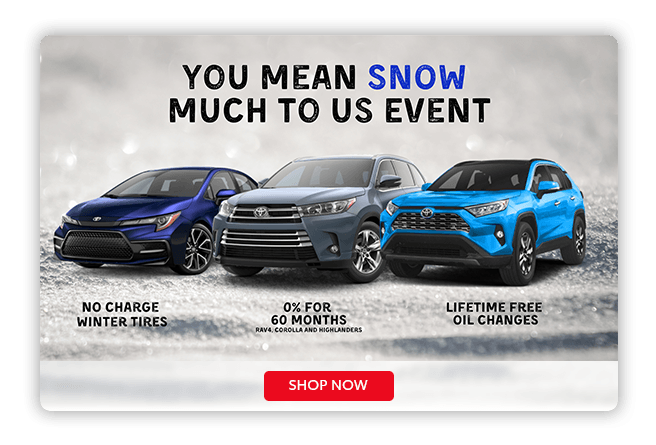